For one week only, we’d like to offer you the following amazing Black Friday deals:

Coupons are vaild until the end of November 2018.

We are pleased to announce an updated version of UpdraftPlus 2.15.5 that features new tweaks.

As part of the update, we aim to send clearer messages to users who have downgraded from the unlimited package to a smaller package and are receiving confusing licencing server message, despite their site not being connected for updates.

We recommend the update for all UpdraftPlus Premium users.

We are pleased to launch an updated version of UpdraftCentral 0.8.1 that now features new fixes and tweaks.

Just some of the new tweaks include enabling the Easy Updates Manager module and the backup settings UI. We recommend this update for all.

The full change-log for this release are as follows: 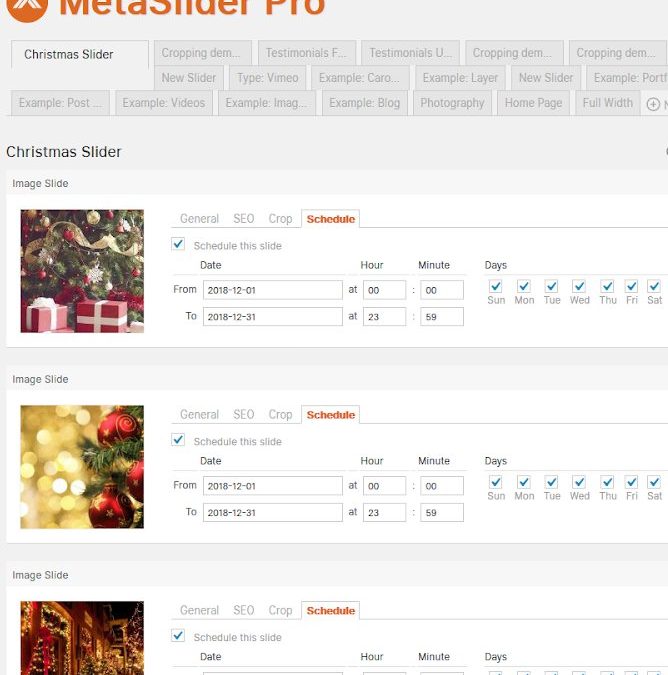 MetaSlider Pro customers will now have the option of using our exclusive “Scheduled Slider” feature. This feature has been specially designed to give users the ability to schedule exactly when a slider will be displayed on your website.

If you own an online WooCommerce store and have slider updates for specific holidays such as Christmas, Thanksgiving and Easter, you can see the value in being able to schedule your image slider ahead of time. The schedule slider feature allows you to create a specific slider theme at your convenience and at any time of the year. For example, if you wanted to make a Christmas slider, just add your images, schedule it to only appear from December 1st to December 31st and enter the slider code into your site. MetaSlider does the rest!

With this feature you can be assured that your website is always up to date with the latest correct slider branding. 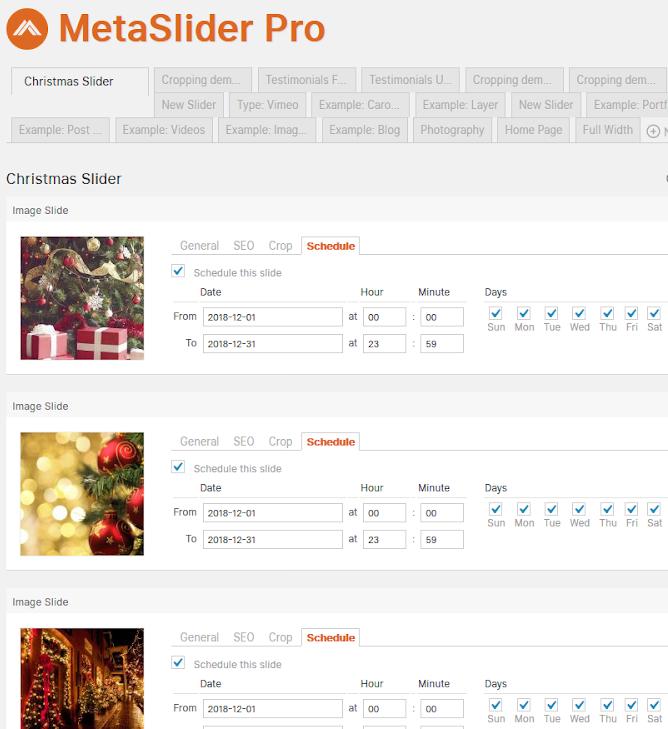 The schedule feature is easy to set-up and arrange