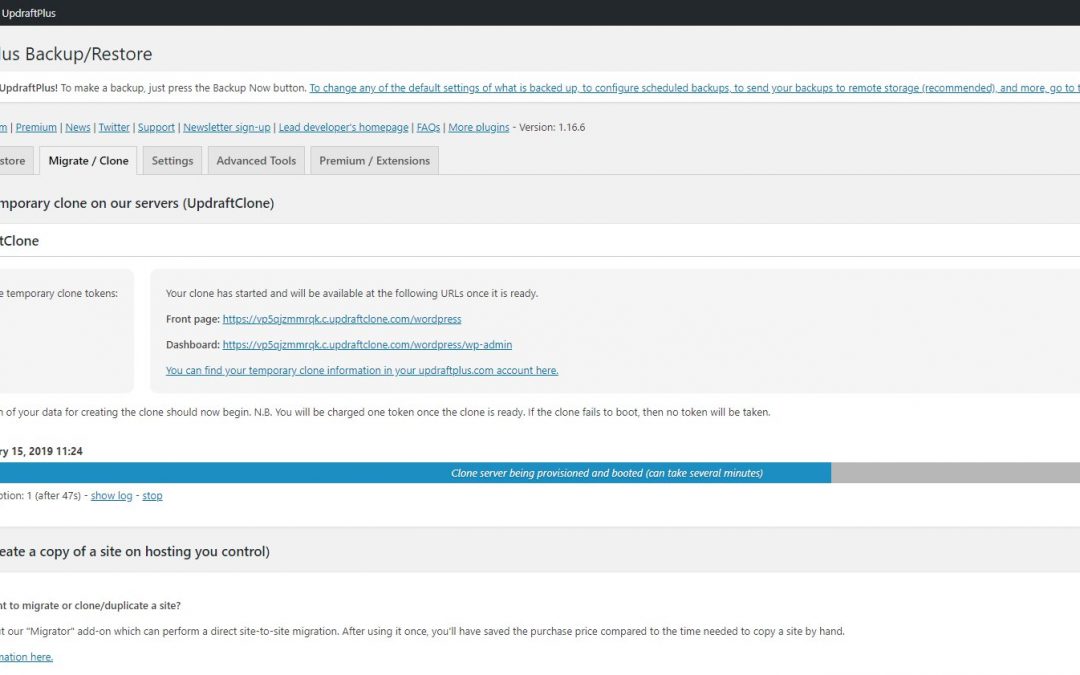 UpdraftPlus have been hard at work on the latest update and we are happy to announce that UpdraftPlus 1.16.6 has been released and is now available. For this update there’s a new feature which enables UpdraftPlus to send you an email report even if the backup fails. This will help users keep better track of their backup status and make sure that you are always up to date with the latest developments of your site.

We have also made updates to UpdraftClone that has made the feature faster and more reliable, improving this popular service further.

You can now purchase Premium from within the plugin

We recommend the update for all UpdraftPlus users.

The full change-log is as follows;